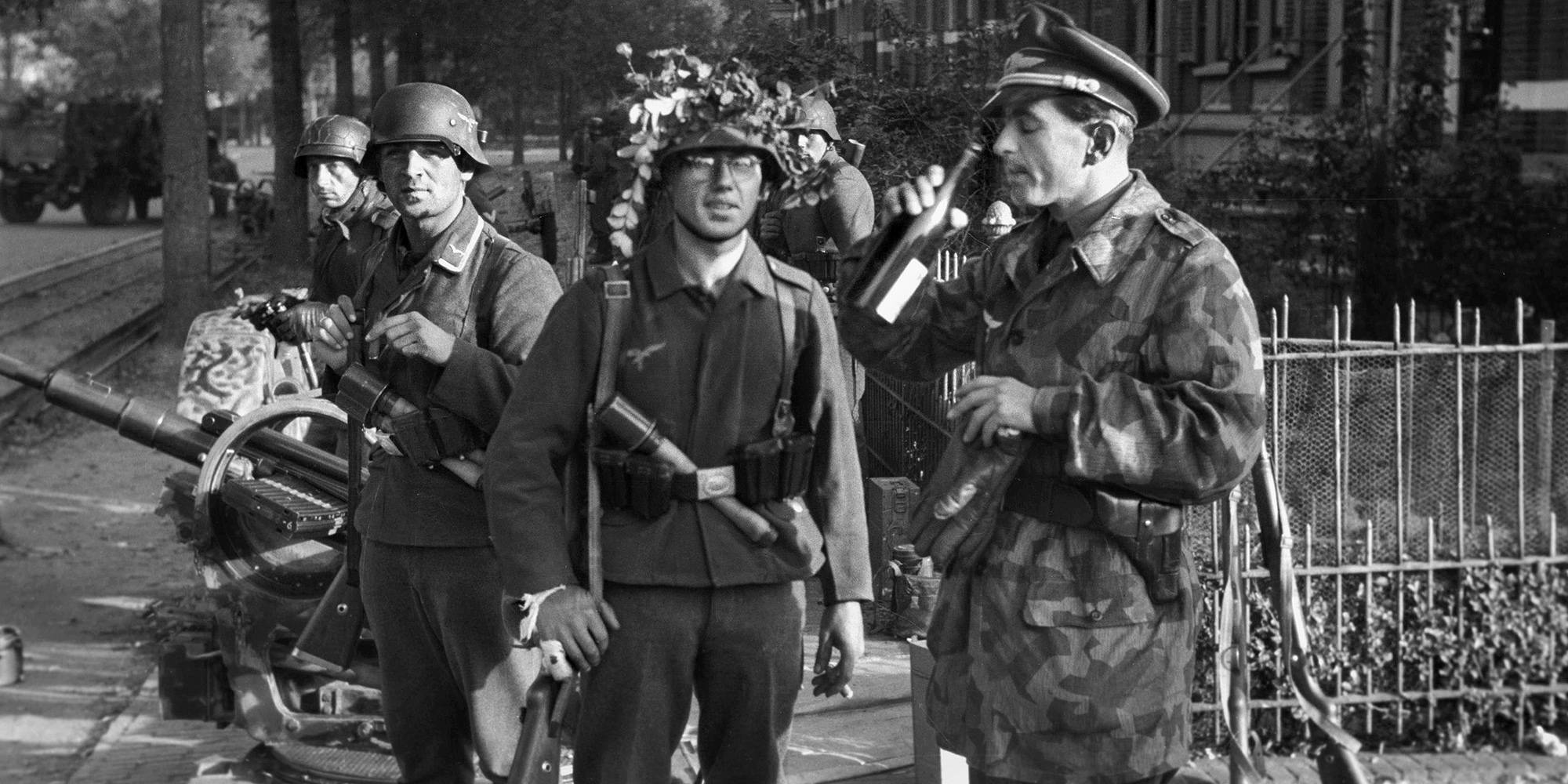 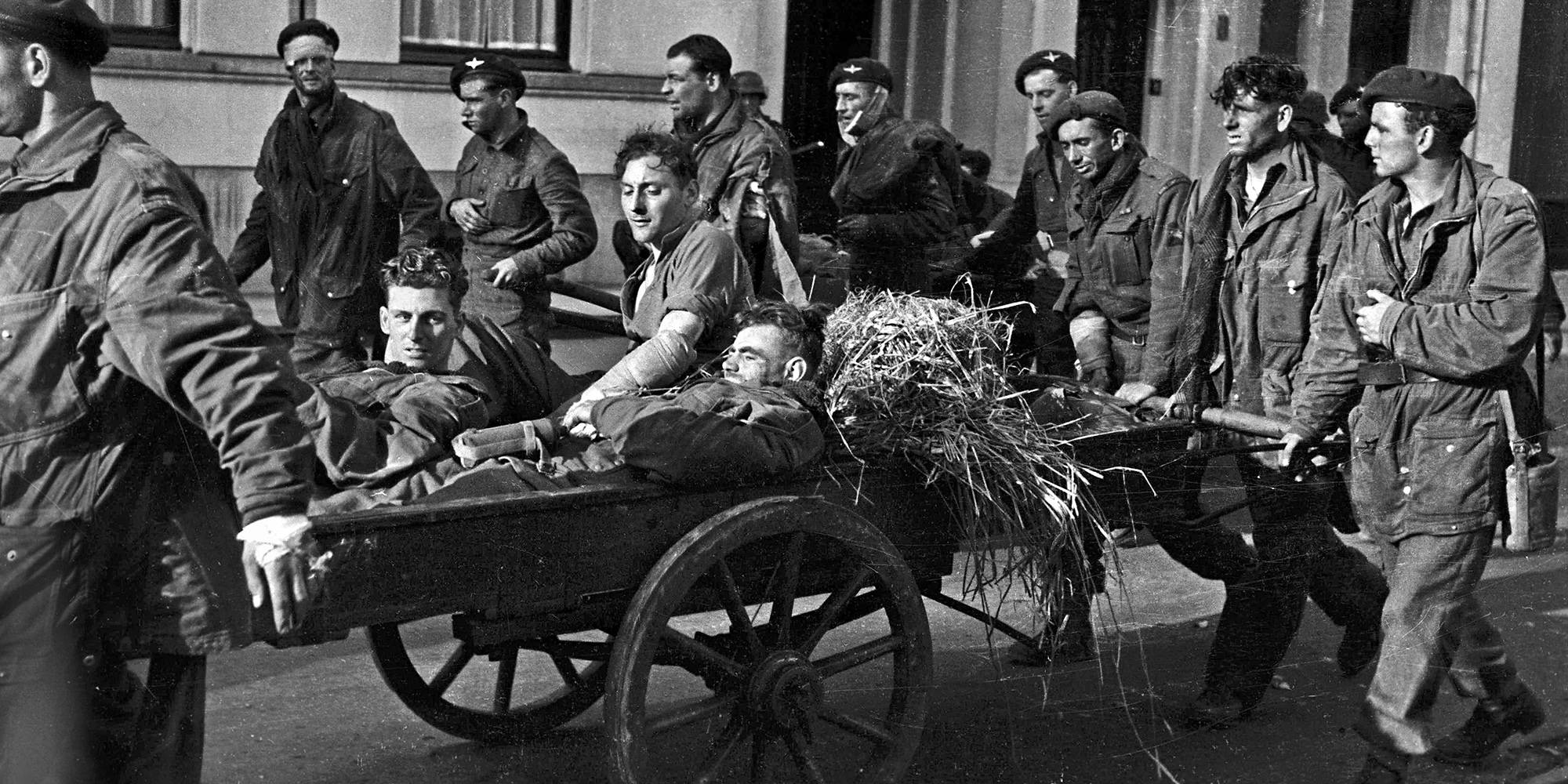 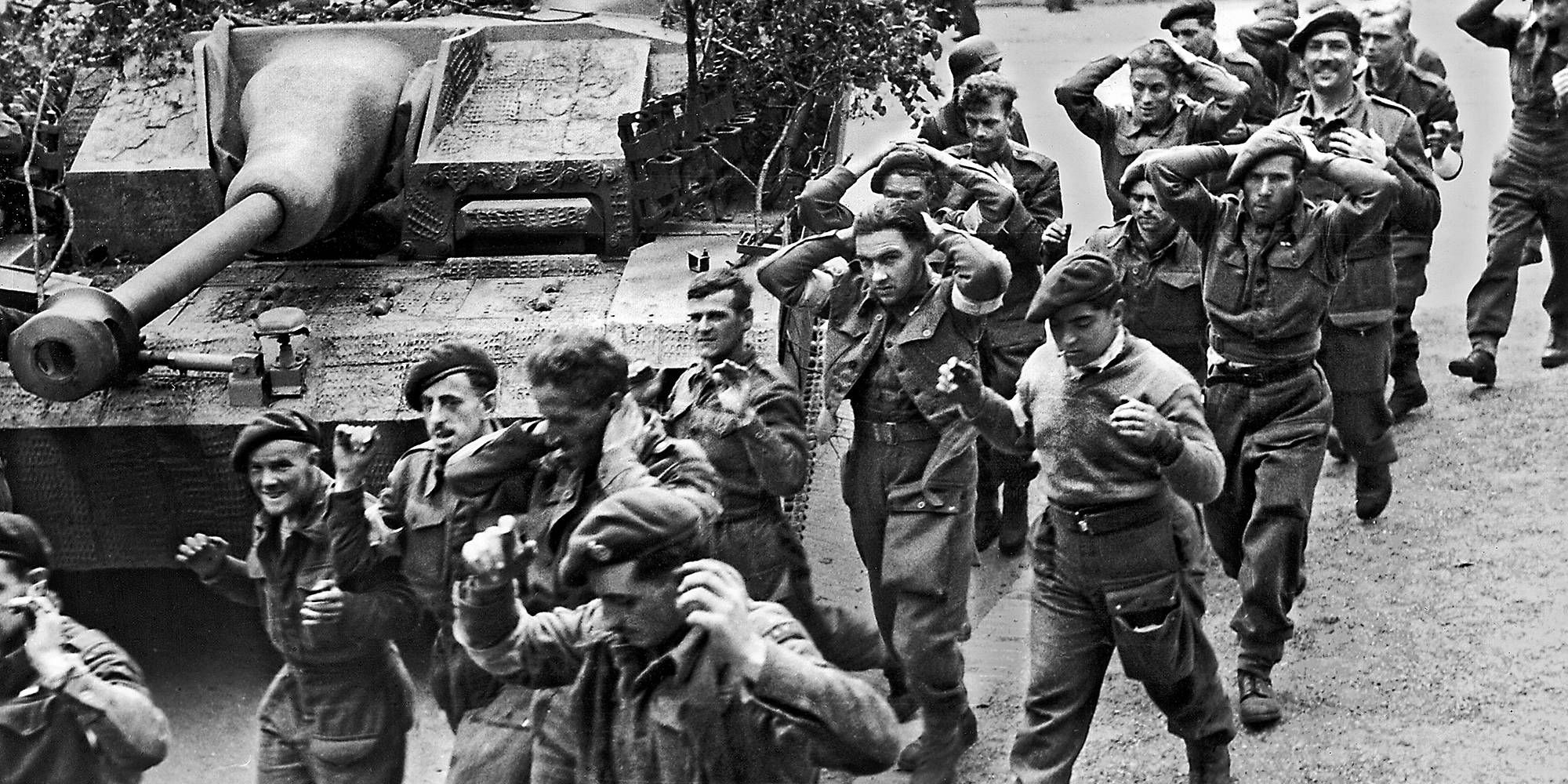 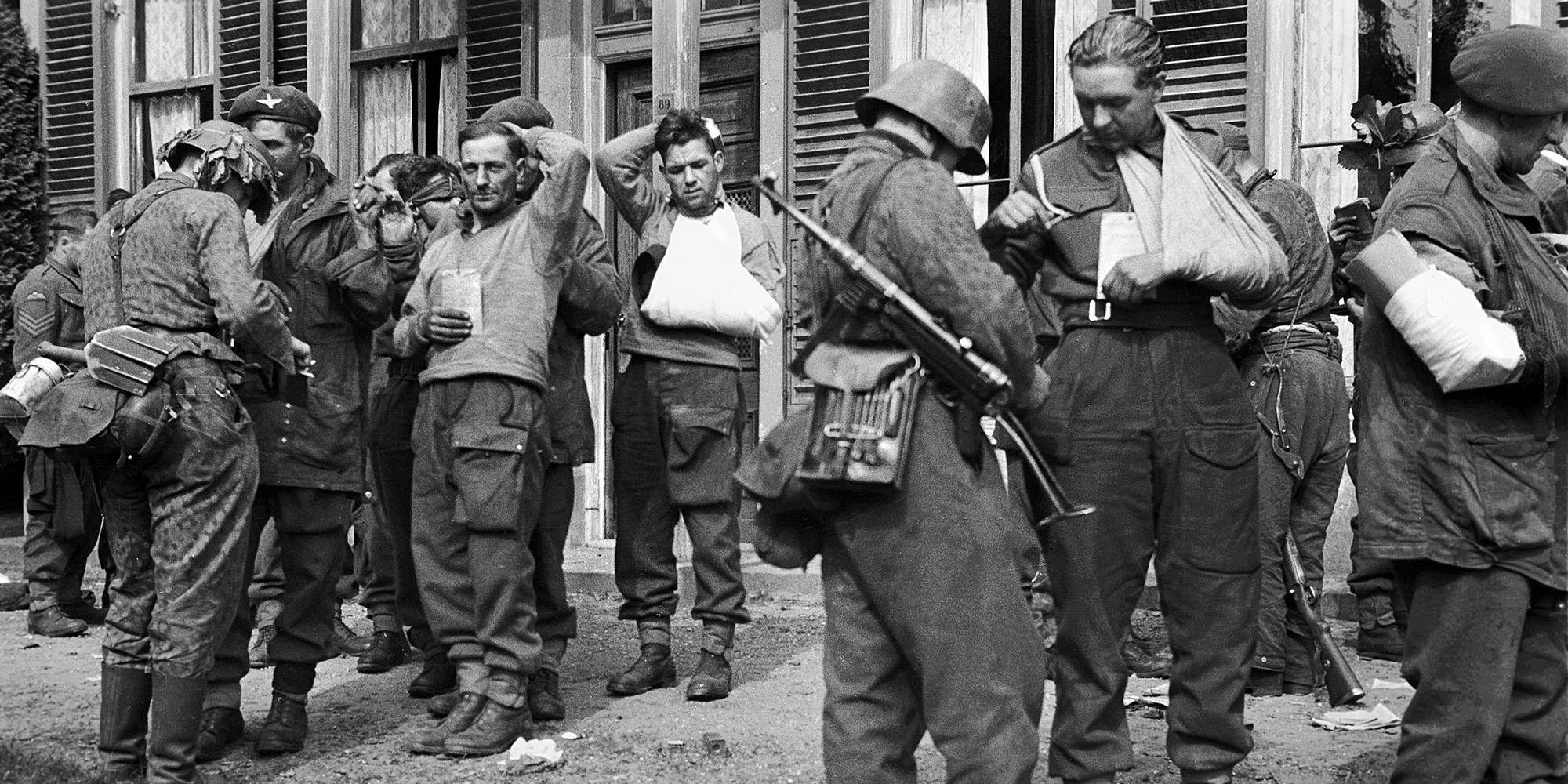 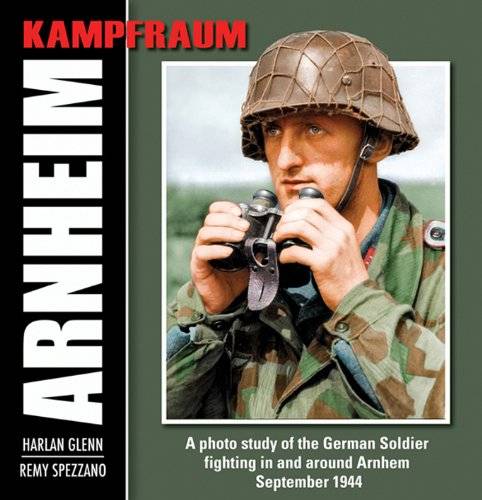 Kampfraum Arnheim (Battle Zone Arnhem), is a unique in-depth photographic documentation of the German ground forces which opposed the Allied Airborne landings in Holland in September 1944. Their response to this Anglo-American offensive, code-named "Operation Market Garden," was chronicled by eight German war correspondents whose 16 rolls of film are the primary focus of this publication. The material was acquired exclusively from the German Federal Archives and depicts Heer, Luftwaffe and Waffen-SS troops in action at Arnhem, Nijmegen, Mook and Osterbeek

Presented in chronological order, the photos are accompanied by detailed captions which include the date and location of each photo as well as the photographer's name and the negative frame number. Never before has a work on this subject been presented so thoroughly from the combat cameraman's point-of-view, providing a fascinating look at late-war German infantry, panzer, and FLAK artillery units in fierce defensive fighting. Written by Harlan Glenn, author of "For King and Country: British Airborne Uniforms, Insignia and Equipment in World War 2", with additional research provided by a team of Dutch experts, "Kampfraum Arnheim" stands out as the definitive visual history of the German units which participated in this crucial battle. 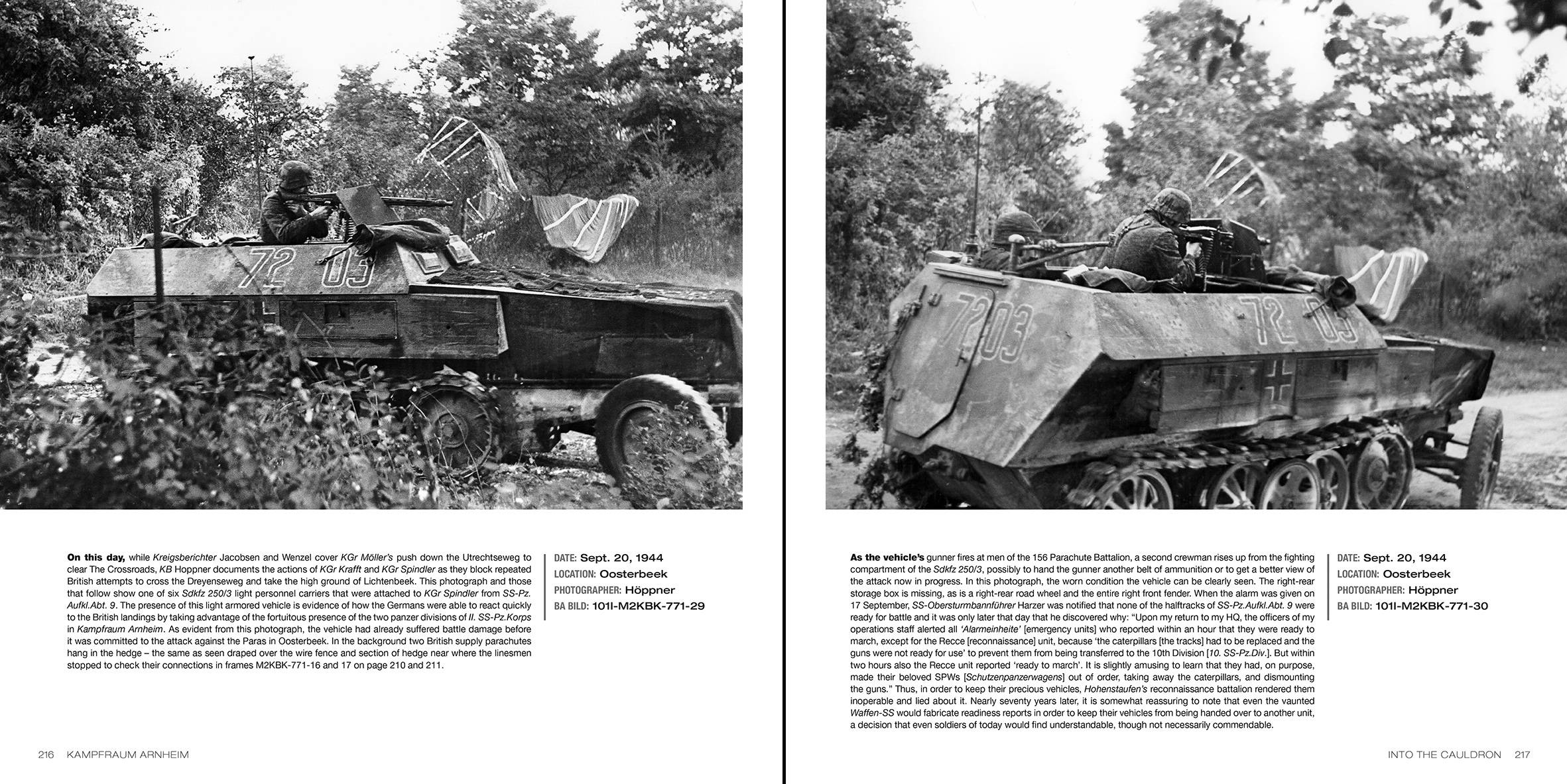 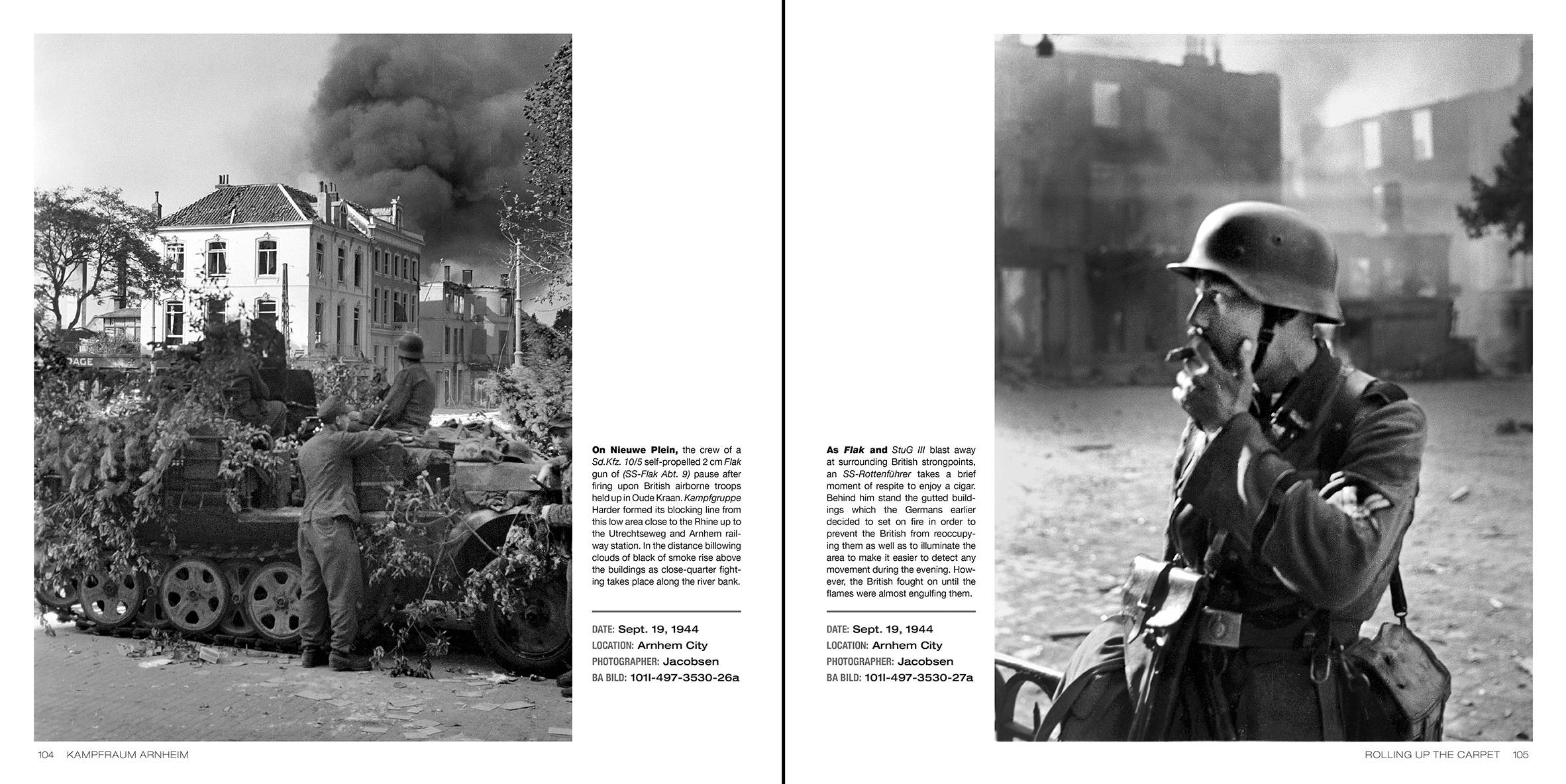 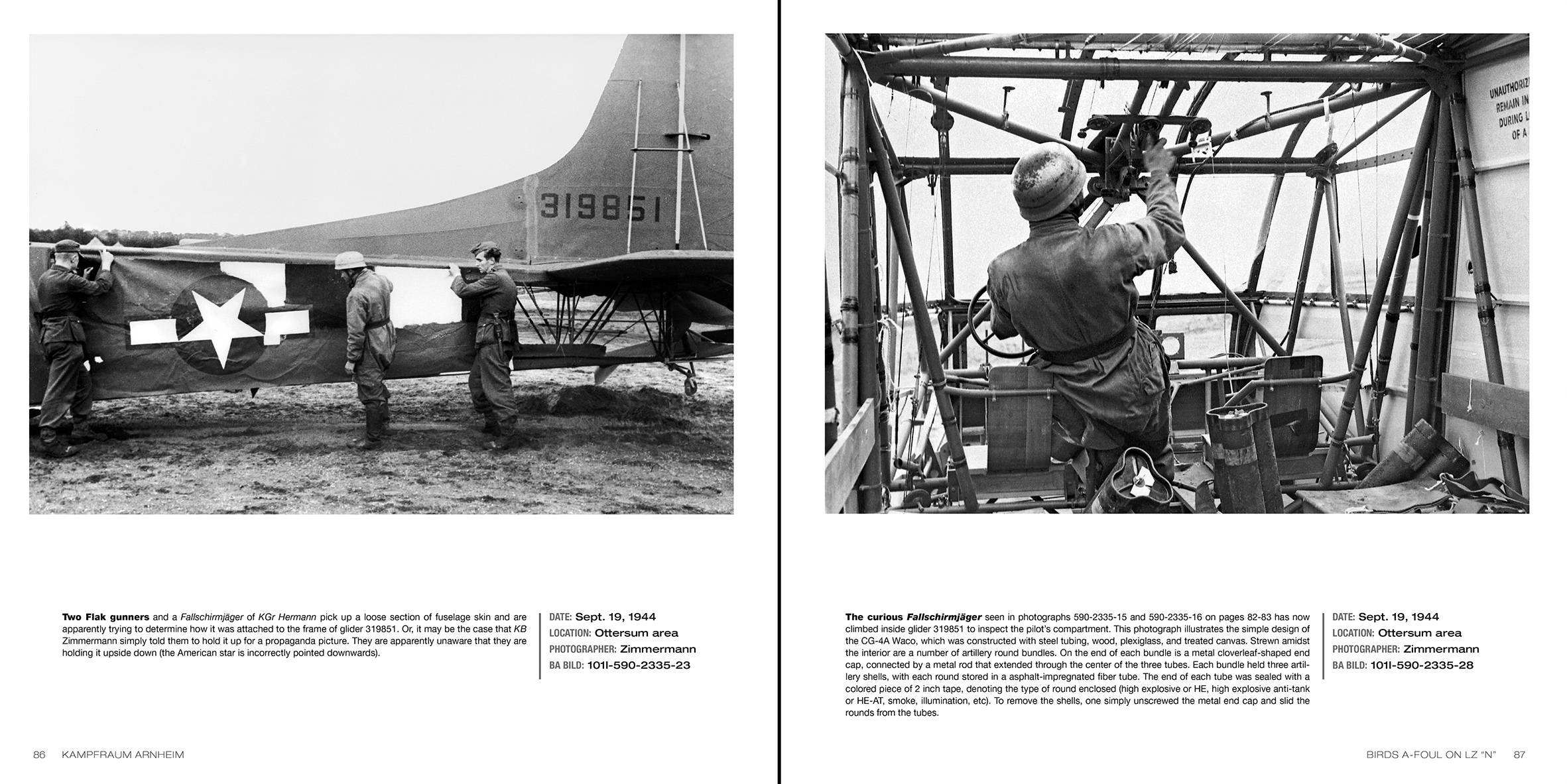 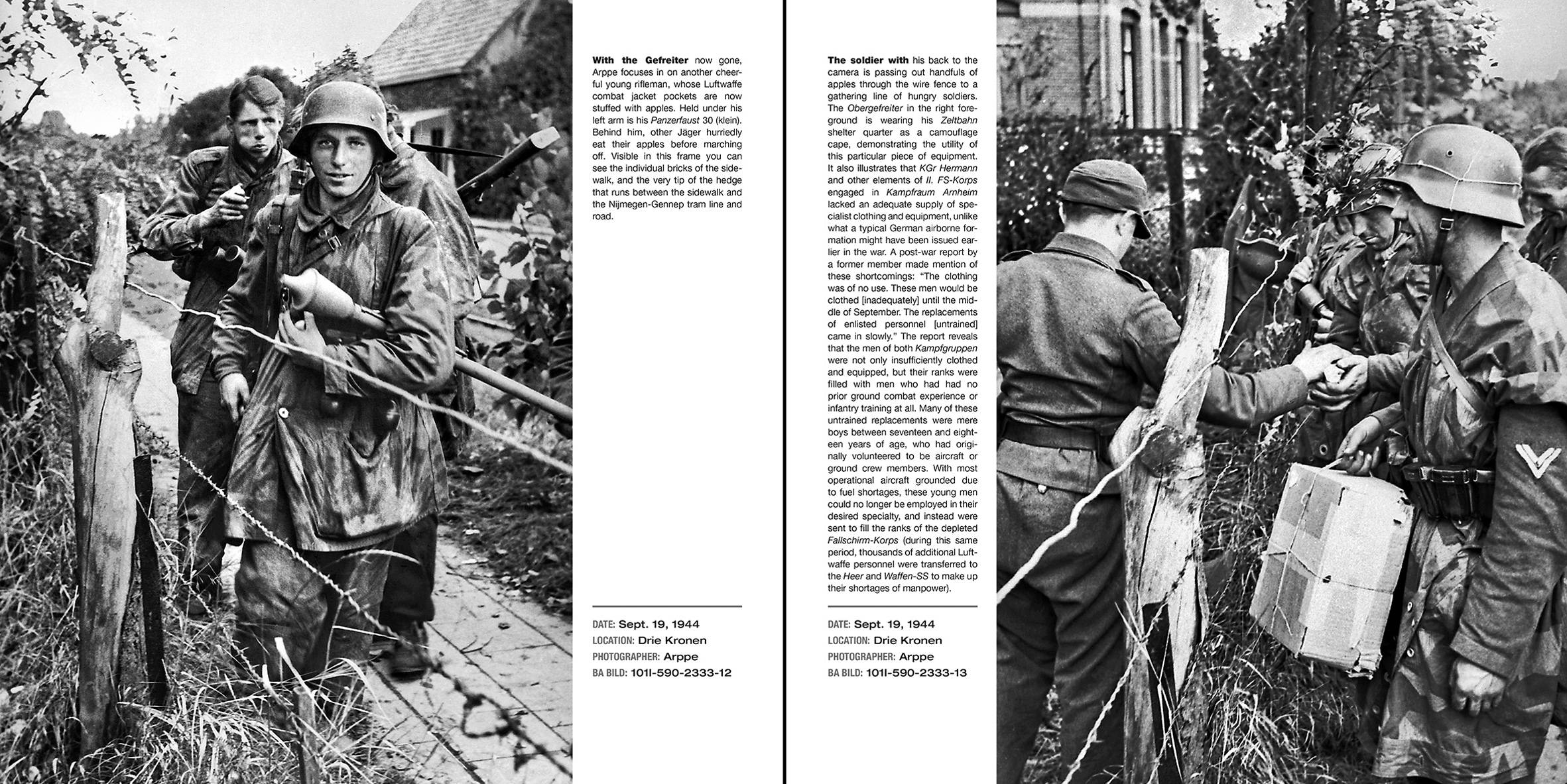 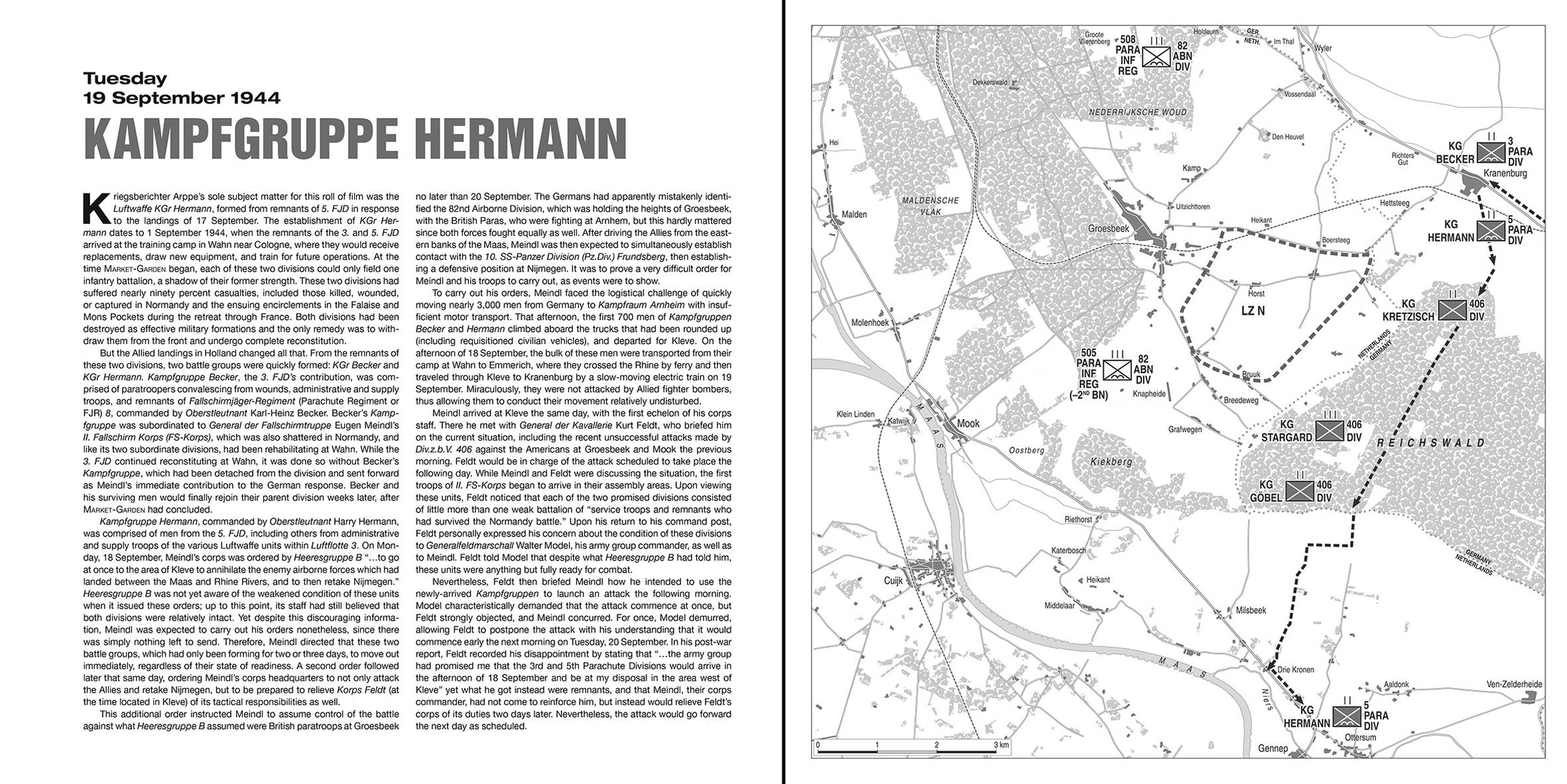 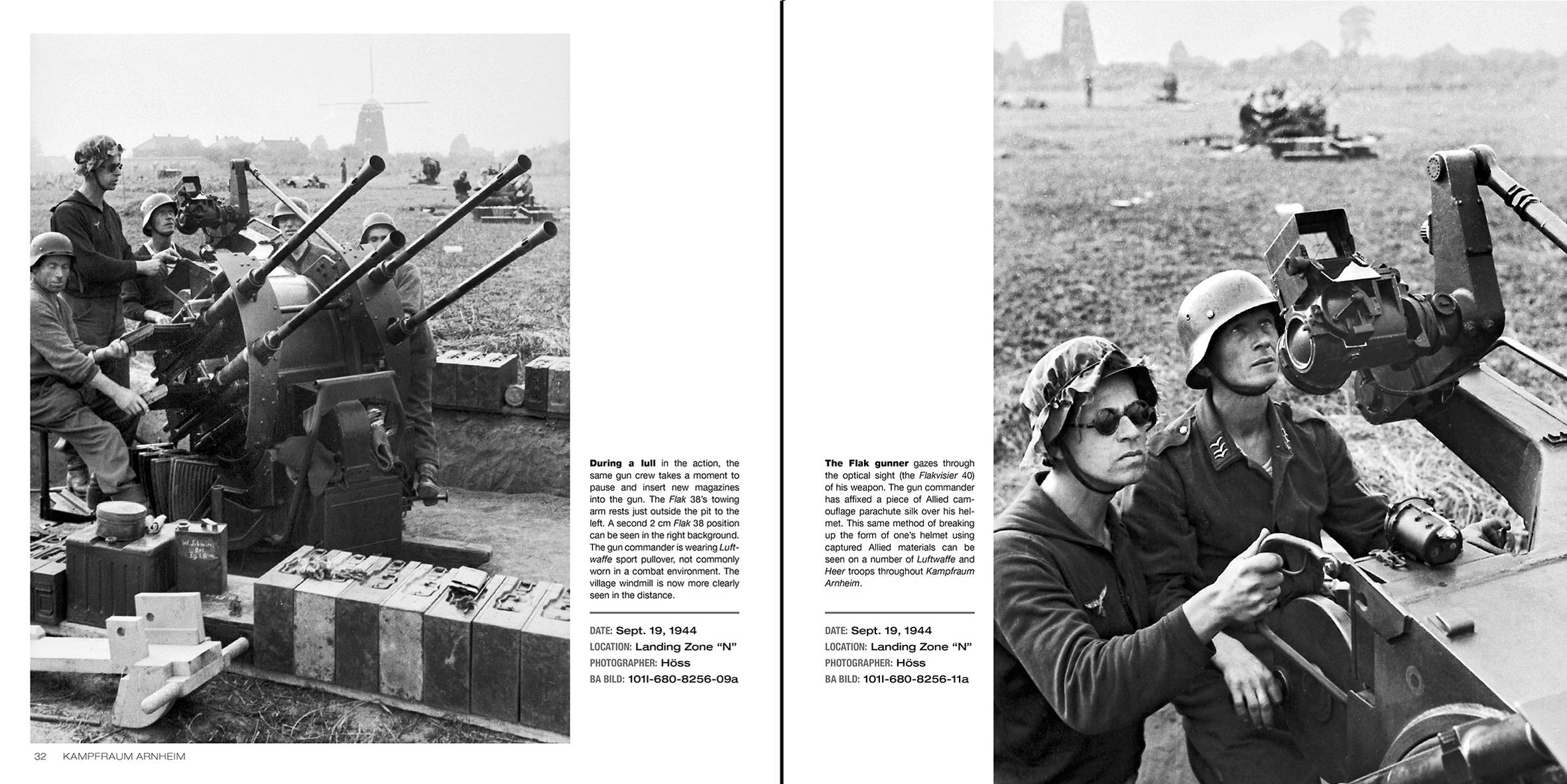 "An absolute must for anyone interested in Operation Market-Garden and especially the operations around Arnhem and Oosterbeek. The book presents these pictures in a large scale format and the layout of the book itself is exemplary. I have found myself totally transfixed on numerous occasions while examining the photographs. A few of the images have appeared in previous publications, but not never in the quality they are here. The text accompanying the images is detailed. If you are looking for a title to enhance your WWII book collection, look no further."

"This book is THE book for a day by day, hour by hour photographic account of this under-rated German victory in the west. If you wonder why Ike did not simply punch an armor hole all the way to Berlin in 1944... Arnheim is the reason. My main take away from this book is how superb the Wehrmacht was at putting units together quickly to snatch a win from a certain defeat. I sat down on a Sunday afternoon to enjoy this book, and I was still gleaming details from the high-quality reproduction photos at Midnight... and I was only a quarter of the way through the title! "